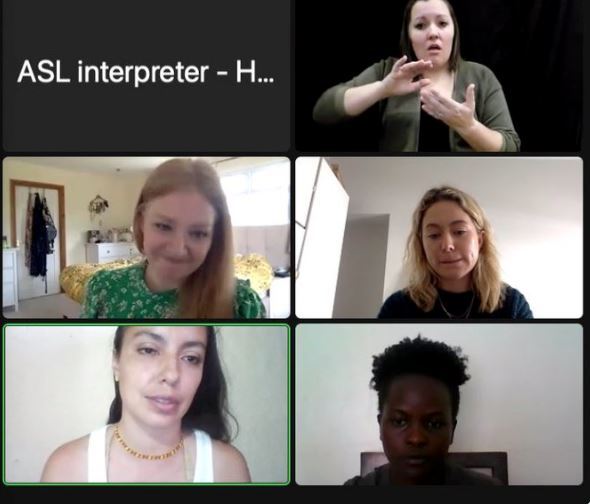 Our CSW66 side event is now available!

In March, Women’s Platform hosted a side event at CSW66 through the NGO Parallel Forum, in collaboration with Global Network of Women Peacebuilders, Gender Action for Peace and Security and Women’s Resource and Development Agency. The event, Leading Us into the Future, focused on young women’s perspectives on climate, gender justice and peace and security and featured speakers from Rwanda, Uganda, Colombia and Northern Ireland.

The event is now available here.

Key themes raised by all speakers were the need for young women to have a voice in policy and decision making, as well as the importance of a gendered approach to decision making. Speakers also described concrete climate impacts in Rwanda, Uganda and Colombia, which include water scarcity, food insecurity and drought, and increase risks to women’s livelihoods as well as their risk of violence. The impacts are also contributing to migration, increasing uncertainty in regions already affected by conflict, such as much of Africa. Speakers stressed that there is an opportunity to create change, but action must be taken now, and young women’s experiences and priorities need to be heard.

The event was translated into French, Spanish, Arabic and American Sign Language, and had a diverse audience from across the globe. It also received positive feedback, and Women’s Platform is exploring options for building further initiatives from the session.

Back to all articles